SALEX GROUP OOD was established in 2011 in the town of Karnobat. Its principal business activity is the production and sale of all types of salt. The company processes more than 30,000 tonnes of sea salt imported from Egypt - one of the largest salt producers worldwide.

SALEX GROUP OOD has at its disposal its own production and commercial facilities in the town of Karnobat, which is situated not far from the Port of Burgas. Simultaneously, these facilities are conveniently located as a selling point, within easy reach of customers all over the country.

SALEX GROUP OOD has the most state-of-the-art equipment for processing and packing of salt installed with productivity of more than 10 t / hour. Owing to the ability to produce salt with different characteristics such a moisture, particle size, chemical composition, satisfying even the most discerning customers, the company quickly attained a leading position in the salt market, with its market share exceeding 40%.

The company’s products are known on the market under the brand of "Amira".

The main customers of the company are players in the food industry (milk and meat processing plants), the chemical industry, fodder manufacturers, firms in food packaging and food distribution as well as others.

The salt processing, packing and selling activity of SALEX GROUP OOD entirely meets requirements of the Bulgarian legislation. We hold the following certificates: Registration Certificate № 3 dated Feb. 23, 2012 of a food manufacturing facility as per the Food Law; Registration Certificate № 50 dated May 22, 2014 from the District Directorate on Food Safety – city of Burgas, as a producer and seller of fodder material, as per the Fodder Law.

SALEX GROUP OOD is a reliable and sought-after partner with a track record for correct business conduct as a supplier of offering high-quality salt to its customers. 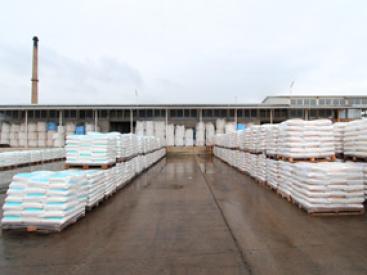